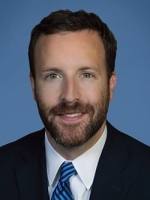 With minimally invasive surgery recovery is faster, since the muscles and ligaments are not cut. Typically, patients are out of the hospital the same day or the next day after having a knee or hip replaced.

Minimally invasive surgery started to gain popularity in the early 2000s. Earlier surgical techniques typically required detaching a significant amount of muscle because of the nature of the surgical tools at the time. As doctors have developed specialized surgical instruments they’ve been able to perform surgeries with smaller incisions and less trauma to the surrounding muscles.

“Over the last 10 years, there have been a series of continued refinements to the surgical instruments [that let doctors] work at tight angles and tight spaces that were not previously available,” LaReau explains.

Less cutting of tendons and ligaments can lead to quicker recovery